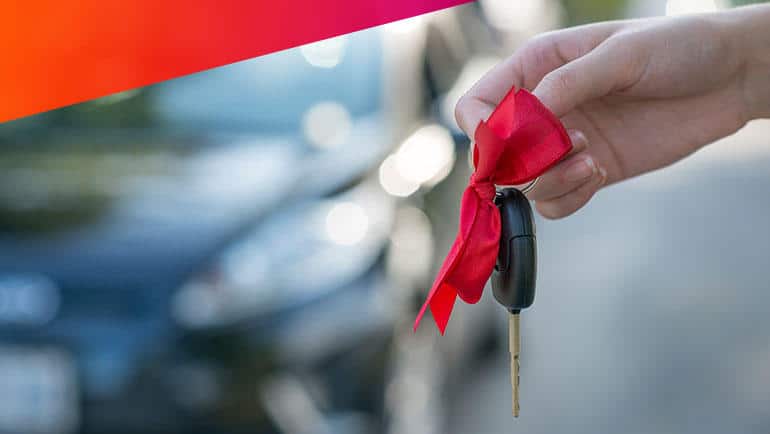 You’ll never forget your first car. Whether it was your dream car or just barely got you to school, it brings back endless memories of simpler times. We asked the employees here at Verti about their first cars, and got some pretty awesome stories.

“My first car was a 1982 Subaru GL Wagon. Nicknamed “SUPAPU” it went 0 – 60 in 6 minutes and when I purchased it for $150 it did not have a floor or mid exhaust. Nothing a couple of steel plates made from soup cans couldn’t fix!” -Hugh

“My first whip was a silver 1987 Ford Taurus LX Sedan. It was amazingly cheap for its low miles, had an amazingly plush grey velour interior and ran strong in the snow. It could handle a little mud and packed a punch for something that looked like a car my grandma would drive.” – Matt

“My first car was a 1990 Mazda 626 – although I bought it used, it had every possible option (late 20th-century automatic seatbelts, moon roof, oscillating A/C vents, etc.), EXCEPT for an automatic transmission.” – Mike

“My first car was a 1993 Toyota Paseo, I bought it for $1500 with 115k miles on it. I thought that was a good deal at the time but now I would never buy a car with over 100k miles on it! My husband (then boyfriend) whose family owns a graphics company decided to put a very large silver metallic trout decal/sticker on the hood and I think just about everyone knew it was me when I drove around town because there aren’t many green cars with one white door and a massive silver metallic trout on the hood driving around, even back in 2002!” – Ashley

“The Nissan Pickup was purchased new by my father in 1993. It was a five speed with a king cab and proper 90’s graphics. For my dad and I, this was the truck that we picked out together in a South Florida Nissan Dealership, an experience I will never forget. A decade and 160,000 miles later, she was all mine after my father had it fixed up as a birthday present. I cherished this truck and if it would still pass inspection, I would still own it. Most importantly, the manual transmission and rear wheel drive taught me how to really drive in New England. I took the truck to college for a year but ultimately it was defeated by rejection stickers and we had to let it go.” – Jim

“My first car was a 2001 Ford Focus in forest green. It had a CD Player and that was pretty much all I ever needed at 18 years old. By the time it fell into my lap it was 10 years old, by the time I was done with it two years later– it was missing the driver’s side door handle, the same side window wouldn’t stay up, the whole cooling system exploded on my passengers side floor and I also took off a mirror.” -Kseniya

“My first car was a teal green 1992 Ford Taurus. It had a car phone that only worked if the wind was blowing to the east and I was parked in the middle of a field with no boundary trees for at least a quarter mile in each direction. I outfitted it with the hottest JBL sound system I could afford so everyone could hear me cruisin’ the strip. Within the first two months, I blew the front CV joint doing burnouts, spilled a gallon of gasoline in the backseat and hit a mailbox (doing burnouts) which destroyed the pimp green paint. Epic.” -Jason

“My first car was a 1988 Toyota Celica. It was a standard white with a black bra on the front end. I was so excited when I first got the vehicle that I took it for a ride the second night I had it and I almost crashed into a building because I forgot that I needed to take the car out of gear after parking so when I started the car it jumped forward over a curb and I was able to slam on the brakes have it stall out before I continued into an office. This car was special to me because my wife, who was my soon to be girlfriend back then, used to spend time driving around to see what I was doing and she would always look for my white Toyota Celica.” – Judley

“Here goes. My first car was a 1997 Geo Metro and the car had been stored for most of its life. It still had the new car smell. It was the most memorable car for me as I saved my money prior to looking and paid cash for it. Also, a noteworthy aspect of this car was that it was a small three cylinder engine and had trouble going up hills, even worse if I had the AC running, I knew I had to get into the right lane. Fast.” – Christian

“I have the fondest memories of my 1983 Subaru GL sedan. It was my dad’s 11 year old car with over 150 thousand miles on it when I got it. I didn’t think it would last long much longer but I drove it for 6 more years. No handle on the driver’s side door and I had to hold up the window with wedges because the window crank had rusted out. The carburetor had a manual choke which was bad news if I forgot to close the choke when it rained. I’d need a couple friends to push me so I could get a rolling start and throw it into gear to get it started. It had numerous other quirks…too many to list here. When my mechanic finally told me “it was time” because the entire body had rusted out, I was able to drive it to the junkyard. The engine still ran like a top even though it had over 300 thousand miles on it.” – Eric

Do you have an awesome first car story? Tell us all about your old vehicle over on Facebook or Twitter!