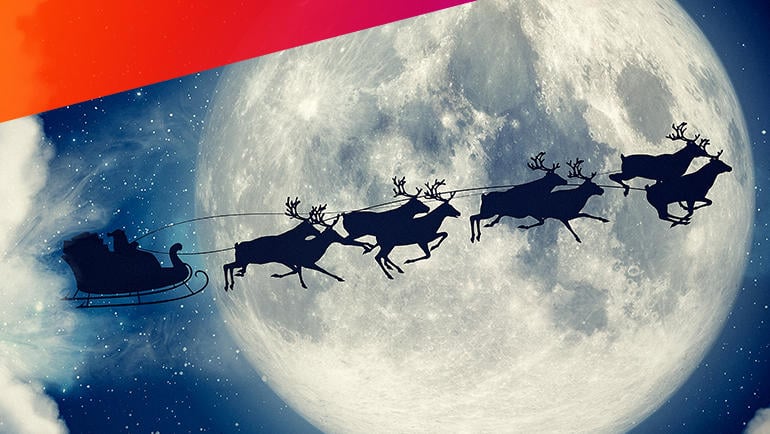 There are roughly 2 billion children in the world and Santa is visiting roughly 950 million homes worldwide with unwieldy reindeer pulling his sleigh stuffed with tons and tons of toys. That forces the question, what does the right jolly old elf need for insurance to protect that sleigh and get the job done?

With all the landing on icy roof tops, reindeer hooves kicking up shingles and chimneys to dodge, solid coverage across his entire insurance policy is a definite requirement. That way the big man in the red suit would be covered if he accidently misjudged a roofs length and skidded onto a car or unfortunately had a bodily injury; like poor old grandma getting run over by a reindeer.

It would also provide Kris Kringle some peace of mind knowing that if he fell out of his sleigh and hurt himself his medical payments would be covered and if Daddy vandalized Santa’s sleigh after he saw Mommy kissing Santa Claus…he’d be covered for that too.

What are some other things Papa Noel may want to consider to keep his speedy sled in tip top condition? Well…we’ve come up with a few that he’s probably got or should consider.

What happens if the reindeer eat some bad carrots and leave Santa stranded in Denmark? He’s still got lots of stops to make so he probably has some sort of Roadside Assistance to get the help he needs as well as Rental Coverage so a crew of backup reindeer and rental sleigh can fill in at a moment’s notice.

With nearly a billion stops on his trip covering over 316 million miles, accidents are bound to happen. Sometimes a fix could be quicker than a rental, depending on where Mr. Ho Ho Ho is in the world at the time. So a convenient network of smartRepair shops is likely readily available so no matter where he has an accident, he’ll know there’s a trusted shop to pick him up, arrange the rental sleigh and make guaranteed repairs on his sleigh so he won’t be left out in the cold.

Finally, with all the lousy mall Santas out there…the big guy has got a bit of an identity crisis going on. So I’m sure to protect Santa’s personal information and help dealing with recovering his information if it is stolen; he must have a solid Identity Theft Protection policy. That way he can monitor and watch for signs of fake Santas trying to pass themselves off as the real deal. By the way, if you steal Santa’s identity…you’re getting coal in your stocking. Don’t be surprised.

When someone puts that much effort into one night and checks a list of billions of children not once but twice, you know he’s got a solid plan of protection in place for his main mode of transportation. Santa Claus is a planner and we’re sure he’s got the elves all polishing and checking over that sleigh a hundred times before he heads to the sky.

Has Santa Claus left you everything you asked for and then some? Leave us a comment on our Facebook page and let us know!