Home > Blog > #CarHacks: How to Jump Start a Car

#CarHacks: How to Jump Start a Car 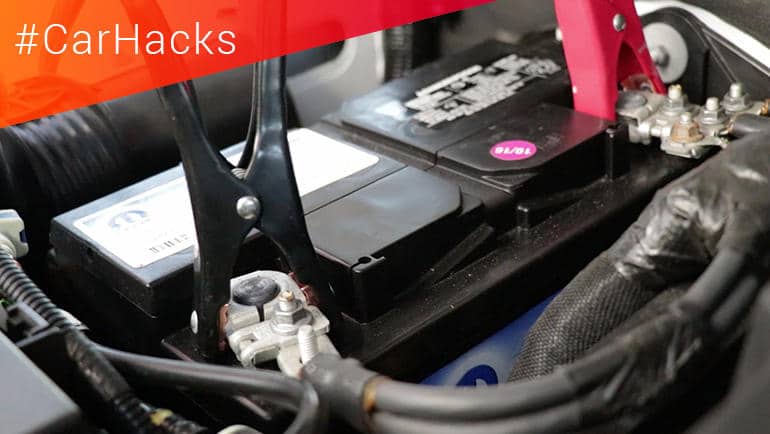 This is the first of hopefully many videos we’ll be producing called Verti car hacks. As a car insurance company we’re all about being helpful and human. Because of that, we also want to arm you with the knowledge of what to do in frequent driving situations and tips for doing some basic maintenance on your car. Here’s a short how to video as well as the step-by-step instructions to jump start your car below:

At some point, you’ll go out to start your car and just hear a click or the engine turns over S-L-O-W-L-Y but won’t start. Did you leave something plugged in to your car or maybe a car door was left open draining the battery overnight? The average car battery lasts about four years under normal conditions. Unless you have a mechanic that stays on top of your car’s maintenance, the battery is something easily forgotten as long as it’s working. That is until it’s not. Having to jump start your car at some point in your life is a rite of passage as a driver in a way. The key is knowing what to do and having the right tools to get the car started again.

So that’s how you jump your car battery and THIS has been a Verti Car Hack. Have you jump started your car before? Let us know on Facebook and Twitter!